ZiM’s Tapedeck Boombox is a mobile DJ-booth. Armed with ‘old-school-hiphop, RnB & swingbeat’ on tapes he will gain smiles on your party!

The booth was built entirely from scratch, by some awesome people.

The unit is plug and play. ZiM’s Tapedeck Boombox has got wheels and only needs a 220 volt outlet.
Plug in! After that Zim is ready to play!
Even a 60 minute set is possible, it can play standalone or with a plug-thru to the venue / festival’s PA.

As a result of  DJing every venue in town, traveling all festivals round the Netherlands as a caricature in  theatrale acts; ZiM is a veteran!

as DJ and promotor running the legendary party’s in the basement of De Plak in Nijmegen he is contributing to the legacy of nightlife culture.

Get your entertainment rolling in a slot of your event, roll it further to the food corner and then push it to the afterparty so the crew can get a taste of festival vibe after work is done!

In conclusion, a true unique nifty party mobile with a retro feel and a fresh vibe! 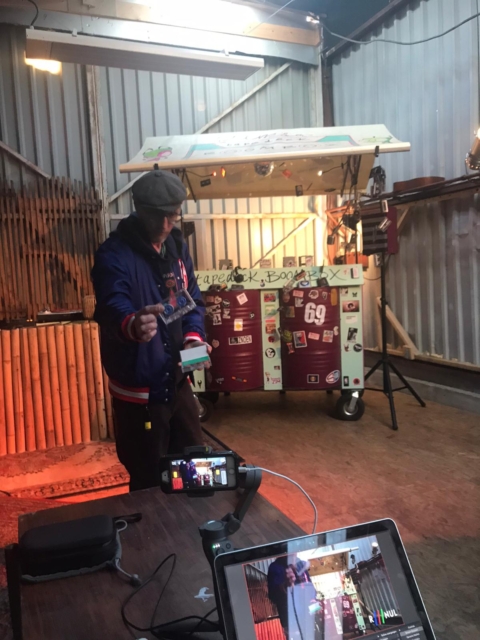 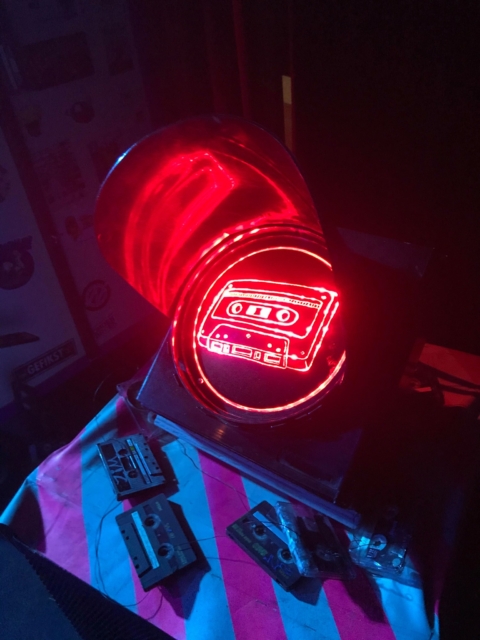 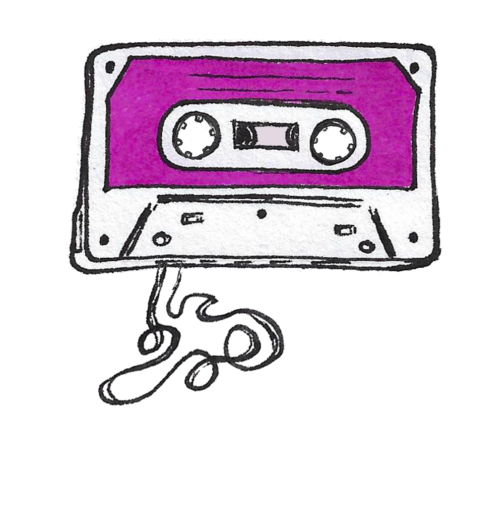 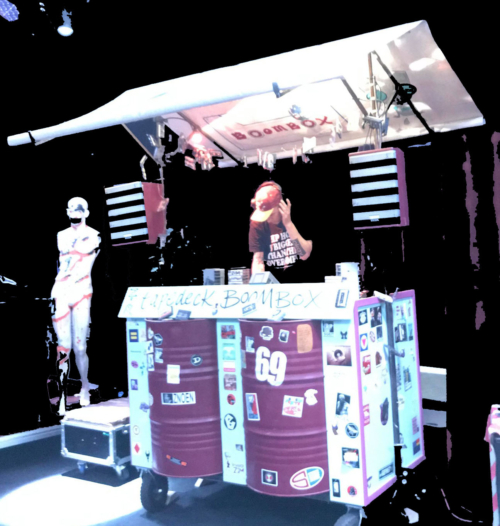